Giving & Living is going for Gold! 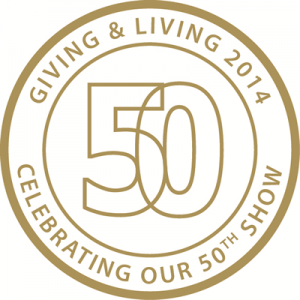 When the doors open on Giving & Living in 2014, the South West’s premier gift and homeware trade show will be marking its 50th year. Though the name and venue of the show may have changed, the ongoing popularity of the show has not. From its early beginnings as the West Country Gift Fair in 1965, through years as The Torquay Fair, to its current incarnation as Giving & Living, the show has been successfully bringing together buyers and sellers for half a century. The show is now based at Westpoint, Exeter, a new home with the space and capacity for the show to grow and flourish and continue for another fifty years!

Plans for the 2014 show, which runs from Sunday 12th January to Wednesday 15th January, are well underway. Put the date in your diary now and help celebrate Giving & Living’s Golden Anniversary!

Business to Business
Face to Face

Copyright © 2021 Hale Events Ltd.
All Rights Reserved. No reproduction, in whole or in part, without written permission.
Designated trademarks, brands, and content are the property of their respective owners.